Recently the Debian project released the first beta of it's to be Debian 7.0 aka "Wheezy" installer. Reason for me - of course - to check it out! So I grabbed the Beta 1 net-installer image and said goodbye to Fedora 16 on my Acer Aspire 5570Z. Fedora served very well but as soon as something works it starts boring me... ;-)


As with the latest Ubuntu release 12.04 you're kinda screwed if your hardware is equipped with a Broadcom wireless network controller like my old Acer Aspire:

In this case the shipped kernel 3.2.0 won't boot. There are several bug reports for this issue (i.e. here at Launchpad) and it seems not related to Debian or Ubuntu but is caused by an upstream kernel bug. It's solved in later kernel releases (> kernel 3.2). Don't worry the Broadcom network controller will work in the installed system though. So, plug in you're wired network controller and once the Debian installer boot screen is ready hit the "Tab" key and add:

Be aware of the English keyboard layout! :-) Then hit "Enter" to boot. The further installation is very straight forwarded, not any different from previous Debian installers, consisting of the usual language selection, partition layout, adding a user, etc. - and it worked very well. Once the installer finished (might take a while as there are quite some packages to download), it'll prompt you to reboot.

I think this next step might not be necessary as the installer seemed to take care of blacklisting the b43 module in the installed system already but I didn't know that (by the way: Ubuntu fails to do so). To make sure my newly installed system was booting I hit "e" key at the grub bootloader screen and again added to the kernel line:

Then hit "F10" to continue booting. Now the system should come up and you may login.

The Debian installer still defaults to Gnome (3.4.2) as desktop. That might be changed to Xfce in the near future according to this commit to tasksel though. However, I'm fine with Gnome 3 as I got pretty much used to it and like it! On my ancient Acer Aspire it's takes a while loading but from then on it's OK (1GB of RAM is a little small nowadays...). If you like to install a different desktop environment you may do so now or before installation by hitting "Tab" key at the installer's boot screen and then entering:

Back to our little WLAN problem related to the b43 module: to enable your Broadcom wireless network controller you need to install the proper firmware which then get's kernel 3.2 to boot without issues. To do so, enable "contrib" and "non-free" in your /etc/apt/sources.list by just adding them to your mirrors, i.e.:

Once installed load the module (as root):

...and you should be able to configure WLAN via networkmanager. To make this persitent, check if the installer generated a file called "/etc/modprobe.d/blacklist.local.conf" and have a look at it. In my case:

Comment out the "blacklist b43" part (already done above) or simply delete the file and reboot:


As always with Debian I like to tweak a few things but that depends what you prefer (or not):

I like to have iptables configured and that without going too deep:

Install the complete version of vim and make it default editor:

Keep everything as is except the boot font type.

Log out of Gnome and re-login, then run gnome-tweak-tool and see what it does!

Here are two screenshots from my Gnome 3 desktop using Zukitwo shell and GTK theme together with Gome-brave icon theme (from "gnome-colors" package): 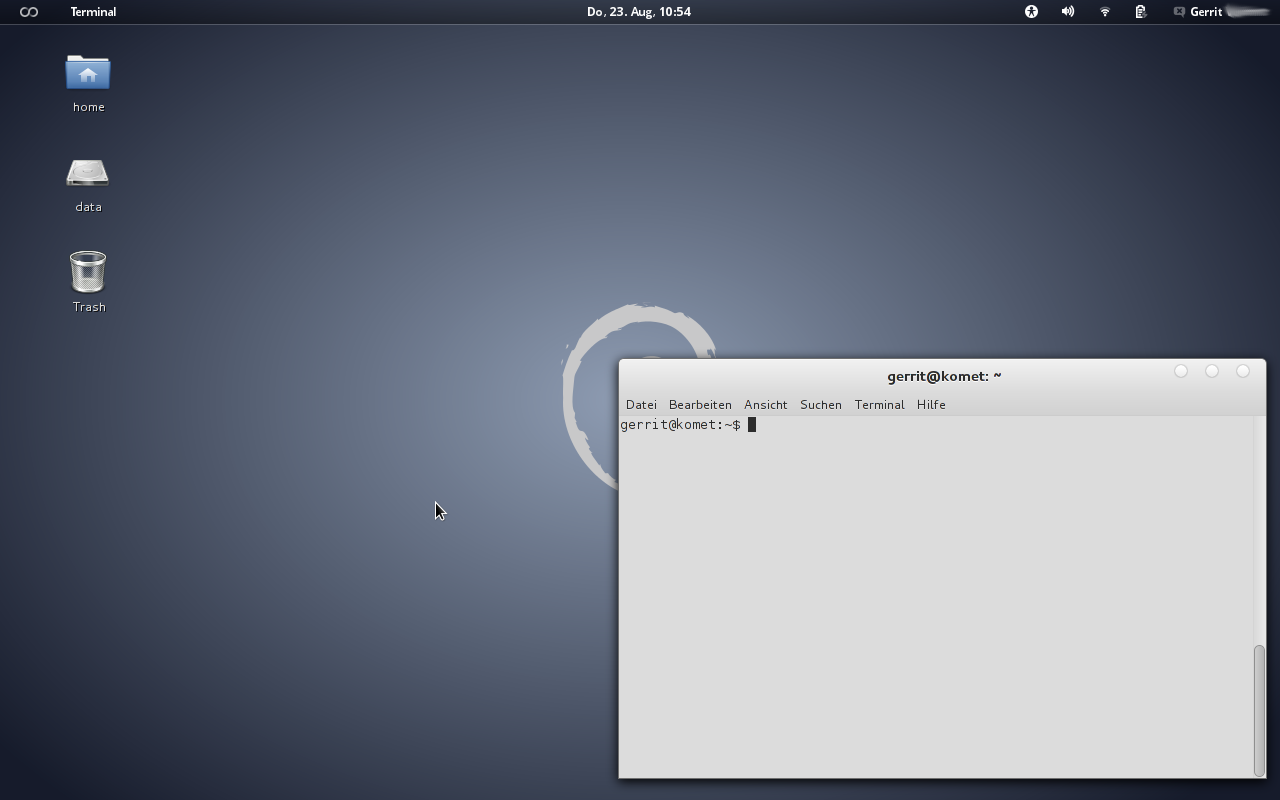 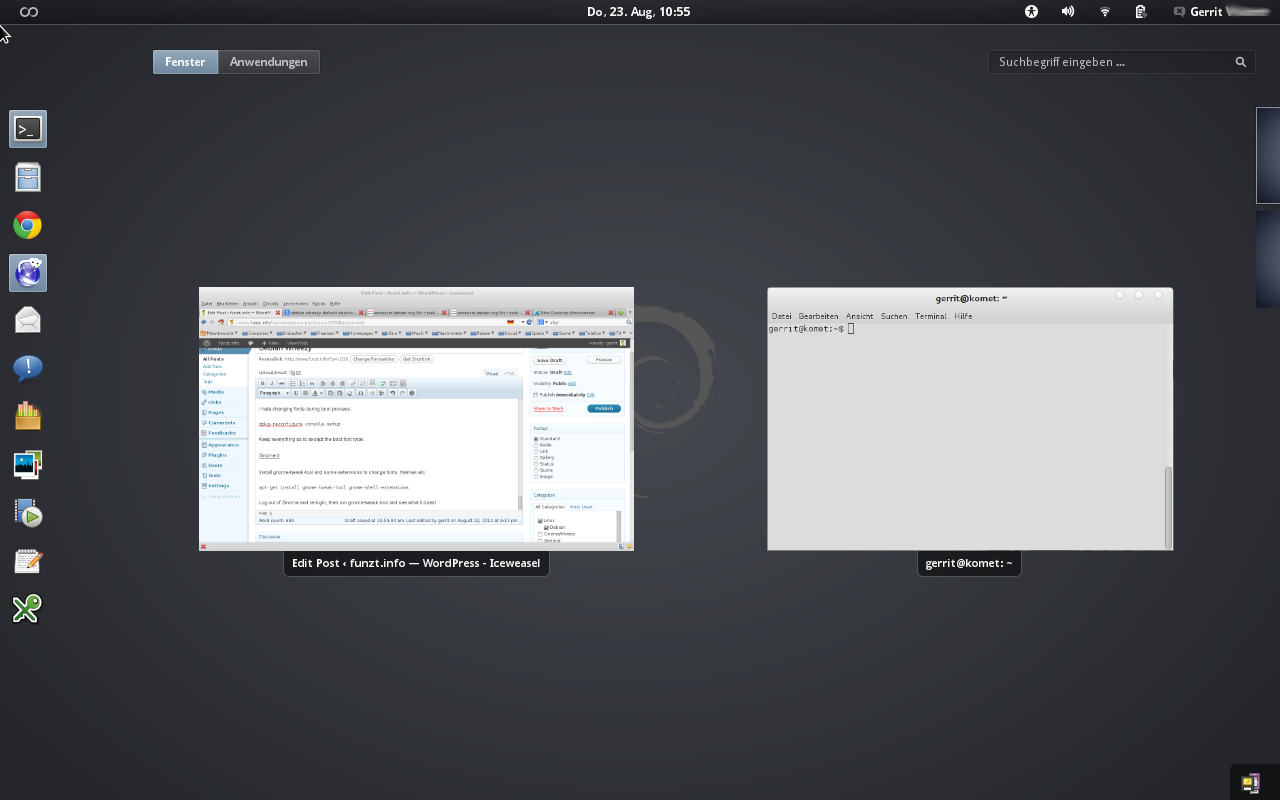 Though Debian Wheezy still is the testing branch of Debian it run's pretty stable and I don't think that there will be any big issues until it's final release (at least not for a desktop user). I do tend to be a little cautious when updating:


I'm not sure if any of the above is necessary but coming from aptosid (based on "unstable") I think it won't do no harm either! ;-)
Written by gerrit um 8:10 PM