It isn't for long, until the new Ubuntu Linux "Hardy Heron" will be released. Time for me to have at least a short look at it and provide some screenshots. So I installed both Ubuntu and Kubuntu as virtual machines using VirtualBox. Kubuntu will come with two flavors: one with KDE3 and long term support (LTS) like the Ubuntu version and one with KDE4 and I guess without LTS. KDE4 is still missing some apps and sometimes has some minor issues with stability. Anyway, of course I chose Kubuntu with KDE4.

It seems that Kubuntu comes with a default KDE4. Maybe there'll be some "Kubuntu branding" later, but until now the desktop looks like the screenshots I know from other KDE4 distros: 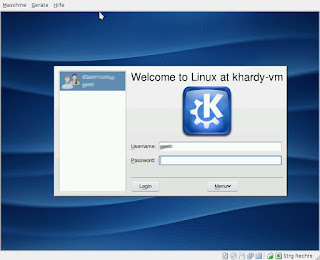 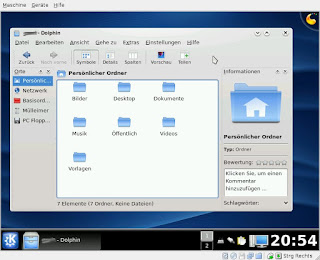 I don't know whether it's KDE4 or the fact it's installed in a VM, but Kubuntu acts rather slow compared to Ubuntus Gnome desktop. So I concentrated on Ubuntu. 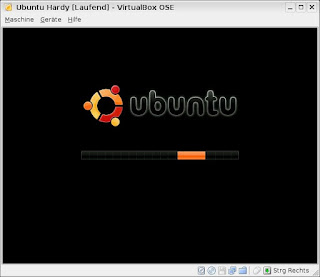 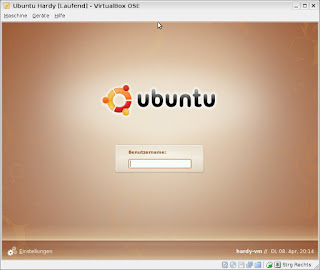 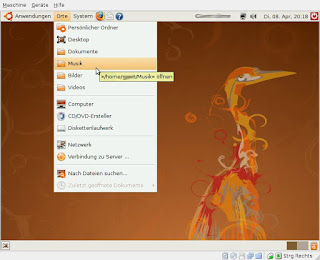 ...but the default Gnome GDM and desktop theme changed a bit and I think they're doing better with every new release. OK, this is just eyecandy. What stroke my eyes was the shutdown screen, when I read:

Firewall? Ubuntu? They never had a default firewall shipping with any of the former releases and it is always one of the first things I install. Great news! "ufw" stands for "Uncomplicated Firewall" and looking at the commands that seems to be true. I didn't find a GUI to configure it but I don't think you'll need one: 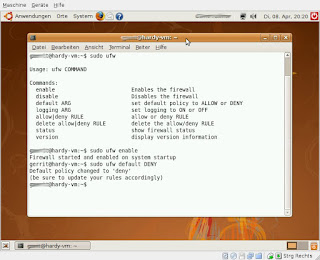 I like that! I guess you have to go into detail if you want to tweak it as you want, but as a start it seems OK. I always considered it as one of Ubuntu's few weaknesses to not install a firewall as default. I found this about ufw in Ubuntu's wiki.

Hardy will come with the new Firefox 3 as default browser. The final release of Firefox 3 will be in June so I guess we will get a beta of it with Ubuntu 8.04 at first. By the time of writing it's beta 5. 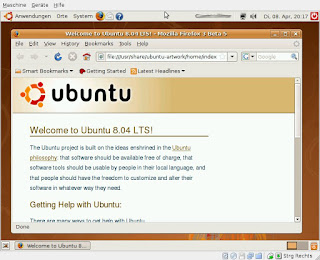 I run this browser with Windows Vista and so far no complaints.

This was just a very quick and brief first impression of Ubuntu's upcoming release. If you really want to test it, download and install the beta! But be careful - it's beta... If you like some more detailed testing infos (and speak German), you might want to take a look at Suzan's Ubuntu blog.
Written by gerrit um 12:25 AM