The main goal of installing VMware of course is installing Feisty in VMware. Installing other operating systems in VMware doesn't differ from the method described below, so go ahead and try! There's also help available here.

We need the Feisty iso image first, so download it from here (by the time of writing it's "Herd 4", I installed "Herd 3").


After clicking "Finish" the new virtual disk will be created, this may take some time depending on the selected size (8GB should be OK).

So, what have we done by now? The above steps created a new "virtual hardware" with CPU, BIOS, hard disk, video card etc. What's left to do is "filling" this vm with Ubuntu as OS.

We need to "insert" the downloaded Feisty iso image in the virtual CD-Rom drive: click on "Edit virtual machine settings", select "CD ROM", choose "Use ISO image" and enter the path to the downloaded Feisty iso file. Now "Power on this virtual machine". If it doesn't boot into Feisty, simply restart it an be quick to click into the vm window (then your input devices like mouse and keyboard will control the vm) and hit "F2" to enter vm's BIOS. This is just like a "normal" BIOS setup, so go to "Boot" and change the boot order to "CD-ROM, hard disk". Press "F10" to save the changes. (To make your input devices control the host OS again press "Crtl + Alt".) Now the Ubuntu boot screen should show up and your ready to start the Live-CD! 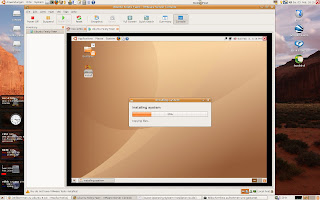 What now follows is an "ordinary" Ubuntu Desktop installation. Click on "Install" and answer the few simple questions. You may choose the entire hard disk for the installation - remember: it's only the virtual disk! After reboot, be quick again pressing "F2" to alter the boot sequence in BIOS setup - you want to boot from hard disk now!

First thing you should do after reboot: update! Feisty is under heavy development and there are plenty of updates almost every day. You can do so by using update-manager in Gnome control center or in a terminal:


Maybe a reboot is a good idea after that. Now comes the tricky part... There seems to be a bug in Ubuntu running in VMware that prevents from automatically mounting the VMware tools packages. But no need to worry, there's a workaround. VMware-tools are not required but recommend and without them I had difficulties in changing the screen resolution to 1680x1050.

With any other guest OS, just click on "VM -> Install VMware Tools..." and you should see a new window with the appropriate VMware tools package for your guest OS. Using Feisty, you may need a little trick:

Again, edit the CD-ROM settings for your vm: "Use ISO image" and point it to "/usr/lib/vmware/isoimages/linux.iso". Within your Feisty vm, open a terminal:


Then copy the tar.gz package to a temporary folder and unpack it:


Now we need to install some packages and invoke the installer:


Answer all questions with the default values (don't worry if there are some compiling errors, you won't need those modules - and I didn't figure out to resolve this issue) and choose your favorite screen resolution. Now reboot and you're done! 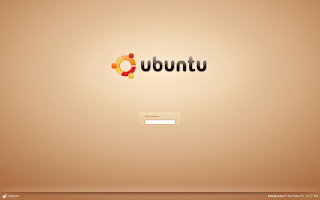 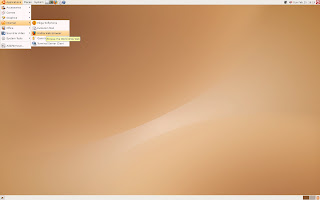